The History of Sake

Just as cultures throughout history have distilled alcohols from their regions’ most important grains, so have the Japanese developed their prestigious rice wine, sake. The tradition of brewing sake can be traced back to at least the 8th century, and as such, it has been refined in many unique ways over the millennia. Regional varieties of sake are available throughout Japan, especially where there are pure bodies of water and farmers growing high-quality rice. The prefecture of Iwate is one such region and is home to many established sake brewers.

“Nanbu Bijin/南部美人” Sake Brewing Company is the one of the finest sake breweries in the prefecture. It was once a family business producing soy sauce until the owners decided to switch over to sake in 1902. The processes for making both products are quite similar. So with their prior knowledge from making soy sauce, mixed with Iwate’s natural crystalline water, Nanbu Bijin became a brand known for their high quality alcohol.

The name Nanbu Bijin originated from the region’s historic name: “Nambu-南部” being the prior name of the region, and “Bijin-美人” meaning “sophisticated” or “elegant” in Japanese. The company continues to produce world-class sake and has won international awards, such as 1st prize at the 2017 IWC International Wine Challenge with their “Tokubetsu Jyunmai- 特別純米”. Their name is recognised with prestige and is even chosen as many airlines’ choice of drink for their first-class passengers. Iwate Nanbu Bijin Umeshu infuses only ume plums in unique “all koji” Junmai Sake. Sugar is not needed, since plums and koji rice are naturally sweet. This sake is easy to drink and pairs well with any meal. 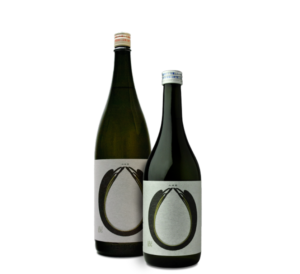 In the process of brewing sake, the rice is “polished” a certain amount in order to create a clean taste.  The refined cores of the rice grains are called “shinpakku – 心白” and are a key factor in the purity of flavour of the final sake. A lower rice-polishing ratio means that a higher amount of each rice grain’s exterior has been ground away, leaving only the purest core. This bottle’s name and label refer to the purest “shinpaku”, representing the clarity of its taste. 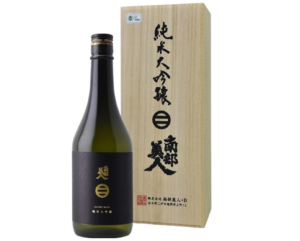 This is Nanbu Bijin’s top quality sake and was selected as the premium sake served to first class passengers of Japan Airlines.

It has a good balance of flowery aroma and full-bodied taste. For a special occasion, “Junmai Dai Ginjyo Yamada Nishiki” is the perfect choice to highlight the event.